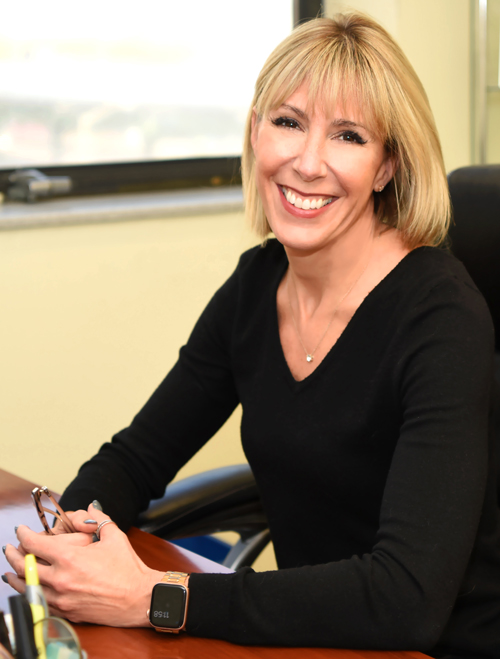 Leslie Granger was named President & CEO of Bideawee 2017. Leslie has a long history with Bideawee, beginning in 2010 as the Vice President of Development, and serving most recently as the Chief External Relations Officer, overseeing marketing, development, and the volunteer program for more than six years. In 2016, Leslie took a brief hiatus from Bideawee to help reestablish the New York City Opera, but after 14 months, she returned to lead the organization as President & CEO

Under Leslie’s leadership, Bideawee expanded partnerships with shelters across the country to transport high-risk animals to the organization, and nearly doubled Bideawee’s adoption numbers. In 2019, she presided over the decision to assume responsibility for the operations and management of the New York City Feral Cat Initiative (FCI), a seminal program that addresses the systemic problem of cat overpopulation by providing education, resources and support to the individuals working to humanely reduce the population of community cats in NYC.

Leslie’s professional tenure also includes the role of Director of Development for ACDS and the Senior Director of Major Gifts and Planned Giving for North Shore Animal League.

She currently serves on the board of the New York State Animal Protection Federation (NYSAPF), which employs legislative and policy initiatives to safeguard the well being of all animal companions. Leslie received her CAWA (Certified Animal Welfare Administration) certification from the Association for Animal Welfare Advancement in 2020.

Mr. Victorin was elected to the Board of Directors in April 2018. He is a retired international corporate banker with a 30+ year career extending across a number of businesses, including corporate banking, bank loan capital markets, wealth management, credit and leveraged finance. Following a 26 year career at Citigroup, Steven spent time at JP Morgan & Co. and retired from Bank of America Merrill Lynch as both head of Asia Pacific Corporate Banking (2012-2016) and global head of Corporate Banking Subsidiaries (2012-2018). Throughout his banking career Steven focused on large-cap corporate clients and financial institutions with a global perspective and was based in Los Angeles, New York City, London and Hong Kong. Steven was raised in the New York metropolitan region and holds a bachelor’s degree from Skidmore College. He currently lives in New York City and Amagansett with Neil Parker, his partner of over 25 years, and their two red short-hair dachshunds – Jackson from England and Jäger from Australia and Hong Kong.