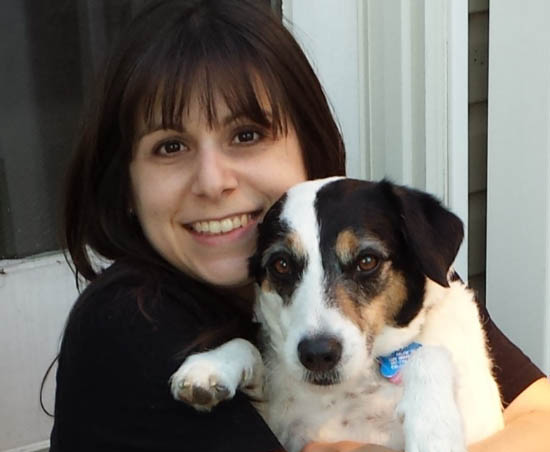 Hi, I am Amy Brostoff, Director of Marketing. This past July was my 14th anniversary at Bideawee! I began my career as the Volunteer Manager in Westhampton. I loved working at such a beautiful location with dedicated volunteers who generously gave their time to care for Bideawee’s pets. After a few years, I acquired a role in the Marketing Department. I have had the pleasure of working with an amazing team who work so hard to increase awareness of our adoptable pets and fundraise for their care. Before Bideawee, I graduated from NYU with a BFA in Film & Television and started a career in television production, working at MTV, Comedy Central and PBS. While it was a lot of fun, I was eager to do something more meaningful. My transition to Animal Welfare was a big change, but a great one! I have loved every minute of my time at Bideawee and have learned so much from my colleagues and the animals. Within my first three months at Bideawee, I fostered and adopted a scraggly, shy, 2-year-old pup, that stole my heart as soon as I met him. He quickly became my best friend and over the years, my daughter’s as well. Sadly, he passed away last year, but I will be forever grateful to Bideawee for bringing us together and changing my life for the better.